The griffin in antiquity 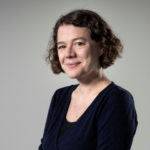 By Hélène Bouillon, conservator at Le Louvre-Lens and a doctor of Egyptology. As an expert in the relations between Ancient Egypt and the Middle East, she is currently co-curator of the exhibition The Tables of Power and is planning a project based on fantastical animals.

What do Griffins look like? Where do the first traces of them appear?

Griffins are mythological creatures swathed in mystery. And that’s been going on for 5,000 years! They have a lion’s body and the talons, wings and beak of an eagle. The first signs of them were found in Iran, stamped onto clay: imprints of seals that date back to about 3,500 BC. In the absence of mythological texts, no one knows the exact significance of these images, but we know that they were widespread because, at about the same time, a winged lion with an eagle’s head was represented on a sculpted cosmetic palette in Egypt. Experts believe – but can’t be sure – that the Griffin represented the raw power of nature because it appears alongside other animals, some powerful but real (such as lions and bulls), others fantastical (such as half-snake, half-panthers).

In the second millennium BC, images of Griffins appeared in the Levant and Anatolia as well as Cyprus where they featured in carved ivory plates decorating royal thrones and beds, and were depicted in a seated position with their wings spread and a crest on their heads. Throughout this period, they travelled thanks to trading links, transported on Canaanite boats to the shores of Palestine, Syria and Lebanon, then in the first millennium BC, they spread to the Phoenicians and Greeks and to the Black Sea region where they were used to decorate weapons and furniture of nomadic peoples such as the Scythians. In Ancient Greece, Griffins were portrayed guarding the treasure of Apollo and Dionysius. In the same period, the Persian Achaemenid Empire used them for decoration in palaces. They’re also found on thrones and luxury tableware from the Phrygian and Lydian kingdoms in Anatolia.

What is their role in mythology? What do they symbolise?

The symbolism of Griffins evolved as they travelled and were adopted by very diverse civilisations. They symbolise power (a lion’s body), vigilance (an eagle’s piercing eyes) and ferocity (the bird’s talons and sharp beak). To the Egyptians, Griffins symbolised victorious kings – archaeologists have mostly found them in places associated with royal circles, namely temples close to the pyramids that date back to the third millennium BC. Gold pectorals (necklaces) from the second millennium BC also represent the king in the form of a Griffin slaughtering foreigners. Lastly, we have the Greek language to thank for the word Griffin (in the fifth century BC); it means ‘curved’ or ‘hooked’.

How are they represented after ancient times? What legacy do they have in modern history and art?

Interestingly, ever since those first traces were found in Iran, Griffins have always had the same head but, with their constant peregrinations, they’ve tended to change what is on their heads. So, in the first millennium BC, they had pointed ears like Mesopotamian demons, and they’re still represented in this way in Medieval bestiaries. In the Middle Ages and the Renaissance, they featured in a number of coats of arms. In travel writing, such as the work of Marco Polo, we’re told that huge Griffins were seen in India and Ethiopia, and that they could carry elephants in their talons; they would then drop them mid-flight and swoop down to devour them. The common ground between all these legends is that these mythological animals were powerful and dangerous, feared and respected.

As for the statue of a Griffin in the visual for Asterix and the Griffin, it perfectly matches how they were represented in the first millennium (a representation adopted by the Greeks and all Mediterranean nations to this day), because it has inherited those small, pointed ears. And here’s the surprise … it looks as if this is the largest sculptural depiction of a Griffin ever found!

Asterix and the mythological animals 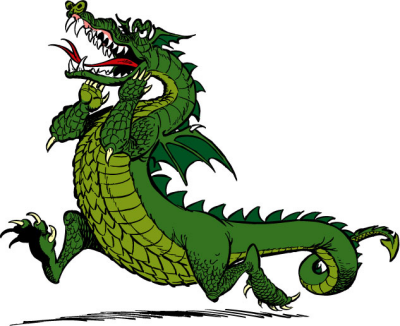 Over the course of the Asterix adventures, our heroes have met other fantastical creatures – in some highly amusing circumstances! Here’s a selection from various albums… rereading them will while away the time until the launch of Asterix and the Griffin! 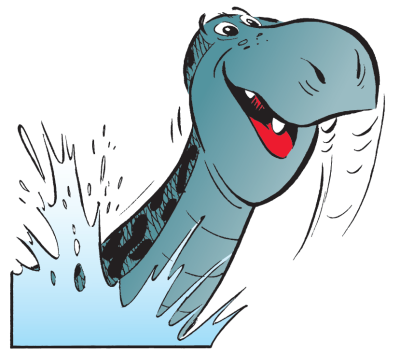