Interview with the authors

On 21st October 2021, Asterix, Obelix and Dogmatix will be back in a new adventure called Asterix and the Griffin. Created by the same talented double-act of writer Jean-Yves Ferri and illustrator Didier Conrad, it’s bound to involve our heroes in an epic and eventful quest in search of this fantastical animal!

Jean-Yves Ferri tells us more “For me it all started with a sculpture of the Tarasque, a terrifying creature from Celtic legends … Did our ancestors really believe that these peculiar monsters actually existed?

It’s worth mentioning that in Roman times there weren’t many explorers, so the terra was mostly incognita. Even so, extraordinary animals such as elephants and rhinoceroses had already been exhibited in Rome. Having seen them, why would Romans have any reason to doubt the existence of equally improbable creatures? And hadn’t some of them (medusas, centaurs, gorgons…) been described very seriously before their time by the ancient Greeks?

Now it was time look at this bestiary and choose the animal that would be at the centre of the intrigue. Half-eagle, half-lion, with horse’s ears and appropriately enigmatic – I opted for a Griffin!

The Romans were bound to go for it. But what about the Gauls? How would Asterix, Obelix and Dogmatix, along with the Druid Getafix, get drawn into the epic, perilous quest to find this fantastical animal?

That’s what you’ll find out in the new album. And I’m not going to do what Wikipedia does and tell you EVERYTHING about it…”

All the answers will be in Asterix and the Griffin, from 21st October 2021 in all good shoppes across Britannicus! 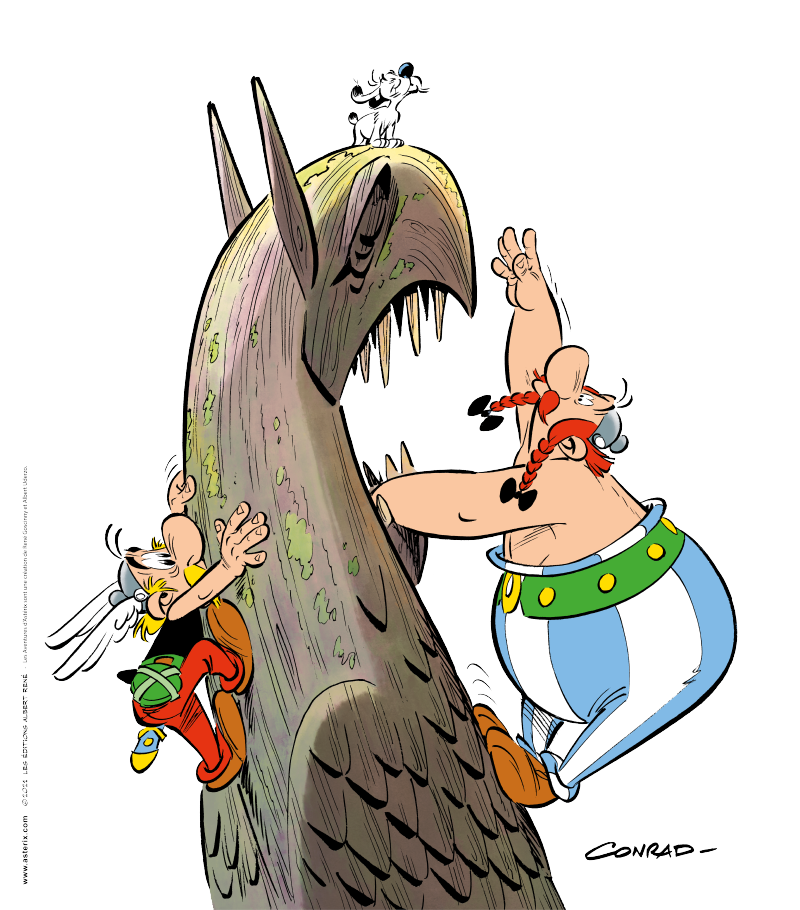