The authors of the 39th album 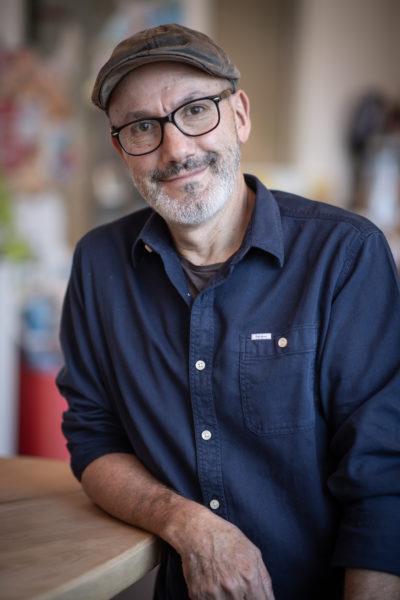 During his childhood, he learnt to read with Pilote, and drew a 2-page comic strip called Tom l’Ours at the age of 11. It soon dawned on him that this was what he wanted to be: a comic book author!

From 1990 onwards, he would be an illustrator of children’s publications.

He then moved onto the adventures of a rural police officer, Aimé Lacapelle, a legendary character in the mounted police from the Tarn region of France, with four comic books being published between 2000 and 2007.

In 1995, he met Manu Larcenet. He was to become the future co-author of his illustrations.

They created the famous series Le Retour à la Terre for which Ferri was the meticulous writer (seven volumes published).

2006: They created other more experimental comic books, written from their respective homes, such as Correspondances based on their frank and spontaneous exchanges by fax.

Le Sens de la vis 1 – La Vacuité – published in 2007, put a humorous twist on the relationship between the art of drawing and zen philosophy. This was followed by Le sens de la Vis 2 -Tracer le Cercle – published in 2010 by Les Rêveurs.

2013 The scenario written by Jean Yves was acclaimed by all the creators of the Gauls and at the publishing house. Together with Didier Conrad, he wrote Asterix and the Picts. The album was a smash hit: 2,300,000 albums were sold in French alone.

His latest solo comic book entitled De Gaulle à la plage is an anachronistic, seaside-based comic book published by Dargaud, in which the General could be mistaken for Jacques Tati’s Monsieur Hulot. This will be followed by the long-awaited De Gaulle à Londres (continued).

2015: Another success for the Ferri/Conrad duo with Asterix and the Missing Scroll and the 2,200,000 albums already sold in French.

2019: Another success for the Ferri / Conrad partnership with Asterix and the Chieftain’s Daughter, and its 2,300,000 albums already sold in French. The same year he and Manu Larcenet published Les Métamorphoses, the 6th book in their series Le Retour à la terre.

2020: His album De Gaulle à la plage is adapted into a television series on the channel Arte. 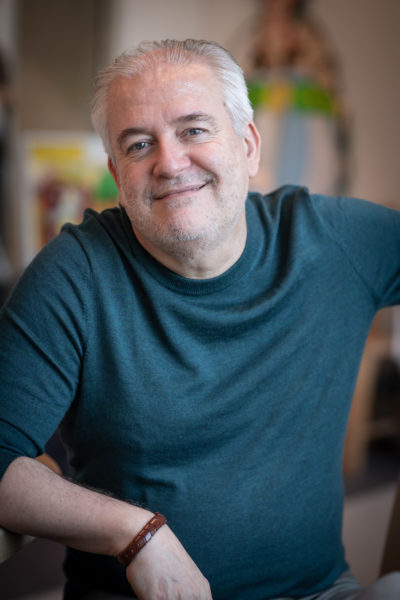 1973: He started to work in the world of cartoons with Carte Blanche published in Spirou magazine.

1978: He published his first cartoon named Jason with a script by Mythic.

Then he worked with Yann to produce a series of 400 gag strips which were published under the title Les Hauts de Page.

They created the legendary Les Innommables.

1984: He worked with Commenge (a.k.a. Wilbur) to create L’Avatar, then Le Piege Malais. At the same time, they created a children’s series entitled Donito.

1996: Collaborate with the Dreamworks animation studio to design The road to El Dorado (2000)

Conrad decided to stay in the United States with his family, continuing his career as a cartoonist. Collaborating with Jean Leturgie and Yann (Pierce), he began Kid Lucky, the childhood adventures of Lucky Luke. He also worked on Cotton Kid.

2005: Conrad created a spin-off Tigresse Blanche. This series, co-written with Yann for the first two comic books and with Wilbur for the rest, featured Alix (the innommables), a Chinese spy working in the context of the Chinese civil war between communists and nationalists.

2007: Conrad and Wilbur whisked us away to India for the Raj series, more realistic style of illustration similar to the ‘Ligne Claire’ style.

2011: He and Wilbur created the spin-off series Marsu Kids: the adventures of the different Marsupilami offspring, the legendary animal invented by Franquin.

2013: Conrad was the cartoonist behind the 35th adventure of Asterix: Asterix and the Picts alongside Jean-Yves Ferri who wrote the text. It was an extraordinary adventure for him: “Asterix is a real legend. The chance to draw him with Uderzo’s backing is a childhood dream come true.”

This fun-packed book is full of instantly recognisable and awe-inspiring illustrations in incredible colours, making Conrad the perfect choice for the adventures of the little Gaulish hero.

In 2013, the two authors came together at last for the release of the 35th album, to which both had contributed. They went on a two-month European tour together and a friendship was born.

The two authors spent all their time together – every trip, every meal and every evening, discussing but one single subject: a new idea… for the 36th album of Asterix’s adventures: Asterix and the Missing Scroll.

In 2021, the double act will be bringing us a new adventure for our favourite Gauls: Asterix and the Griffin, which will be published on 21st October 2021.